On 11th June 2018, WLIN Hai Duong club – a part of Women Leaders International Network – has conducted an impressive introduction at the kind Luoc riverside villa. To have a successful introduction ceremony, the operation team should not miss out the role of Ms Nguyen Thu Hang – Head of Generali Vietnam – Gencasa Hai Duong office.

Outgoing, proactive in every activities, at the same time she is a pioneer in the research project in the WLIN Vietnam action plan. On May 2018, she with the President – Ms Luong Thi Nu went to Ho Chi Minh city to join weekly events to learn about the operation process, holding a meeting and how to set up a new club and bring the formulas back to Hai Duong city. 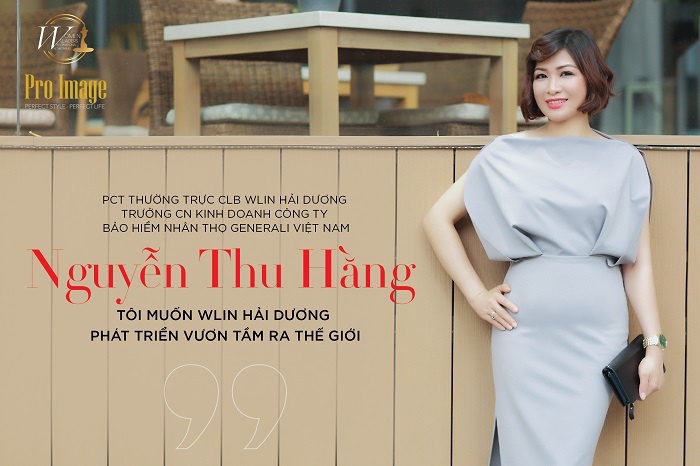 Having known that the Vice President of WLIN Hai Duong has desirable experiences in Finance – Banking Industry for over 15 years, was a Manager of Bach Dang – Army Commercial Bank (MB Hai Duong). Currently she is a Head of Generali Insurance Vietnam – Gencasa Office Hai Duong and a Director of HD Media and Event JSC Company. After a long time working with women community in provinces, she has realised that her place needs a community place for meeting, sharing and networking. Fortunately, she has finally have one – WLIN Hai Duong club.

“Having trust from President Luong Thi Nu to position her as Vice President, she has been so proud to become a member of WLIN Hai Duong club. Through WLIN I will grow and fulfill my self-image, introduce my corporation and forming borderless relationship network. I will do my best to spread out the impact of WLIN Hai Duong club activities. It has been my honor to become a part of WLIN LT Hai Duong. Through WLIN I will learn and fulfill as well as maximise my personal branding images, introducing my corporation and develop a strong network borderless. I will do my best to expand the WLIN Club activities beyond to the world standard.” Shared by Vice President Nguyen Thu Hang.

With the mission “Giving away the most critical value to the community” with the principle of “devoting all energy and effort in work and in life to growth, making families and community become better and better with an endeavor belief, the wider the world, the wiser the sight”. WLIN Hai Duong club will be a fertile field to cultivate my passion – creativity and devotion. 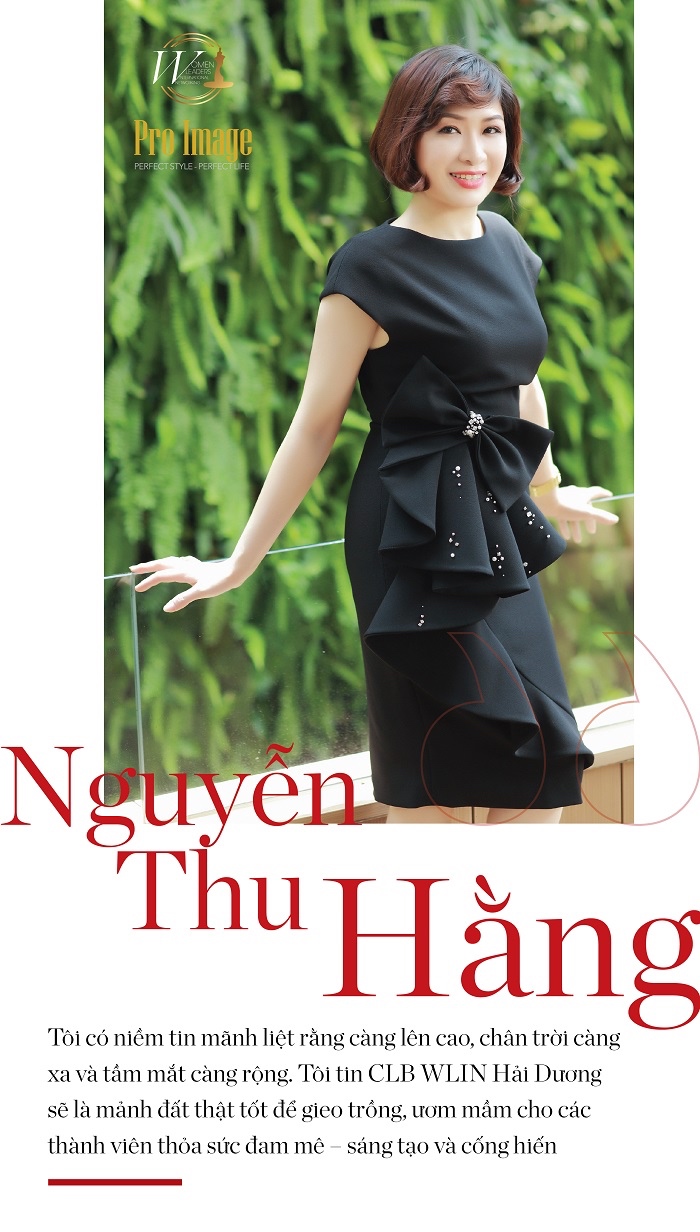 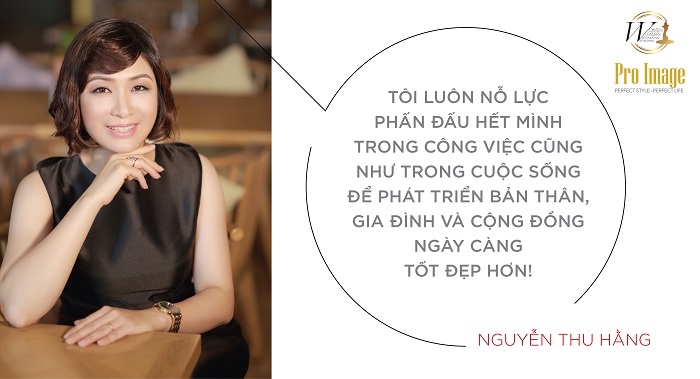 Wishing for our beautiful lady Ms Nguyen Thu Hang – Vice President of WLIN Hai Duong will achieve her ambition in her new role.